The company’s qSARS-COV-2 IgG/IgM Rapid Test is permitted for distribution and use under the public health emergency guidance issued by the U.S. Food and Drug Administration. Cellex has now launched a website containing ordering information and various documents for health care workers and labs to use. The tests are not available to private individuals for home testing.

The test can indicate past coronavirus infections by identifying immunoglobulin M and G antibodies in the blood that are produced by the body’s immune system to fight the disease.

The test requires a blood draw at the point of care, and results can be analyzed by any laboratory certified under the Clinical Laboratory Improvement Amendments (CLIA), a federal government standard for ensuring quality laboratory testing of humans. A lab can get results within 15 to 20 minutes.

A similar serology antibody test has been launched by Morrisville-based BioMedomics in partnership with BD (Becton & Dickinson). That test, which can yield results within 15 minutes at the point of care from a few drops of blood, is also allowed under the FDA’s public health emergency guidance. BioMedomics has also grown with the help of funding and other support from NCBiotech.

The FDA has cautioned that antibody tests alone can’t be used to definitively diagnose active COVID-19 infections because antibodies to the coronavirus take several days to develop after initial infection. Molecular PCR tests being done with nasal or throat swabs, are also recommended as part of a definitive diagnosis. They detect the presence of the virus in the body soon after infection, while the antibody tests detect the body’s immune system’s battle with the infection, which appears several days after infection.

Makers of antibody tests say the tests can help determine the true scope of coronavirus infections because the tests can identify people who had been previously infected but showed few or no symptoms.

Cellex was founded in Maryland in 2002 but moved its main operations to RTP, initially into the Landing Pad rental offices at the North Carolina Biotechnology Center.

The company has since moved to a nearby facility, where it has R&D laboratories for molecular biology, immunology and immunochemistry, microbiology, cell culture and manufacturing process development. It also has a separate microbiology laboratory designed for work requiring Biosafety Level-2 containment conditions.

The company also has a manufacturing plant in Suzhou, China.

The company has received 18 U.S. government grants, including 13 from the National Institutes of Health, through 2017, according to its website.

The company did not immediately respond to requests for comment. 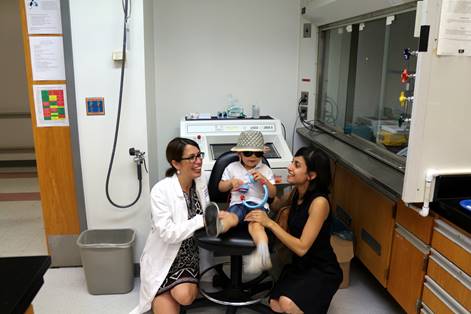