The brewing industry in North Carolina is poised for big growth, and the North Carolina Biotechnology Center has invested in the job-creation potential of beer and wine fermentation -- an ancient form of biotechnology.

The industry has seen rapid expansion in the western part of the state for several years. The recent announcement of several high-profile micro-brewing companies relocating to the Asheville area has cemented the region’s reputation as a premier destination for this industry, recognized as one of the oldest forms of biotechnology.

Appalachian State University is looking to tap into this growth by offering the first fermentation science undergraduate program on the East Coast.

Earlier this year, the Biotechnology Center awarded Cohen and Taubman a $60,800 Educational Enhancement Grant to advance the curriculum of this new program. The grant will be used to develop what will become two core classes of the fermentation science program: Principles of Fermentation Sciences and Facility Design Operation.

The program is the brainchild of two Appalachian State professors, Seth Cohen, Ph.D., director of the school’s enology program, and Brett Taubman, Ph.D., who teaches the university’s brewing science class.

Taubman wanted to extend the principles of fermentation taught in his class to a broader range of applications. Besides making just beer and wine, the microbial science in fermentation can be used for a number of useful processes, including water purification and waste reduction.

Cohen and Taubman then began the process of establishing a new, four-year fermentation science program. After university officials approved the plan, they sent it to the UNC Board of Governors, which is expected to approve it in June.

The new program will be an extension of the biology and chemistry courses already being taught at the university.  But, according to Cohen, it will be far more “industry-driven” than similar programs at Oregon State University or the University of California, Davis.

The fermentation science programs at these universities are organized under food science and technology. This causes them to be more focused on the academic side of the fermentation process, while the business aspect is often overlooked.

By contrast, ASU’s is a “program based on the needs of an industry,” Cohen says.

To that end, NCBiotech recently approved a $60,800 Educational Enhancement Grant to help Cohen and Taubman develop what will become two core courses of the program: Principles of Fermentation Sciences and Facility Design and Operation.

According to Cohen, ASU’s program will focus on the business and entrepreneurship that is driving the growth of the brewing industry in the state. But, it will still be a very “science-laden” program, including the advanced biology and chemistry involved in the fermentation process. Students are able to learn this process in a hands-on approach in the school’s brewing lab.

The student-run brewery, where the brewing science class is taught, is named The Ivory Tower. As Taubman jokes, “what else would you name a university-based brewery?”

For the past few years, this brewing lab has been in a back room of the basement of the Broyhill Inn and Conference Center, and is at the highest point on campus, near the university’s wind turbine. With the program nearing approval, the university has given the program the bottom floor of the building.

Taubman is eager to make use of the new space, noting that he and Cohen will have a “very busy summer getting ready for our new system.” The facility currently has a single-barrel system but will be upgraded to a three-barrel system before classes begin in the fall.

This student-made beer is not made for retail sale, though the program will offer events and tastings at which the beer can be sampled. While the brewing lab currently serves research purposes, Cohen says there are plans to commercialize in the near future. Appalachian State has submitted a request to the state ABC board for a permit to sell the student-made products on campus. The money made from the sale of these products would help fund the program.

“We’ll be able to hit the ground running once we get approval,” says Cohen.

The program’s new space will be used for classrooms, meeting rooms and a tasting area. It will serve as a showcase for what the students are making, Cohen explains, and will become an open forum for faculty, staff and members of the brewing industry.

With industry giants Sierra Nevada and New Belgium opening new plants in the Asheville area in the next three years, the brewing industry in western North Carolina is expected to grow at a rapid rate.

This growth presents a unique opportunity to students in the program. As Cohen explains, the large companies coming to Asheville, as well as the smaller micro-breweries already in the region, will give students the opportunity to see a diverse range of successful business components and practices.

“These are the types of companies you want moving into your backyard,” says Taubman, adding that “we hope to be a support system for them and we welcome collaboration.”

Additionally, students will have ample opportunities for internships and employment in breweries as the industry continues to grow.

“It’s a rigorous program,” says Taubman. “But it will prepare students for successful employment in one of the big growth industries.”

Raybow Pharmaceutical acquires PhamAgra Labs, a custom R&D company in Brevard, and plans to triple the number of employees in the next several years.
Read story 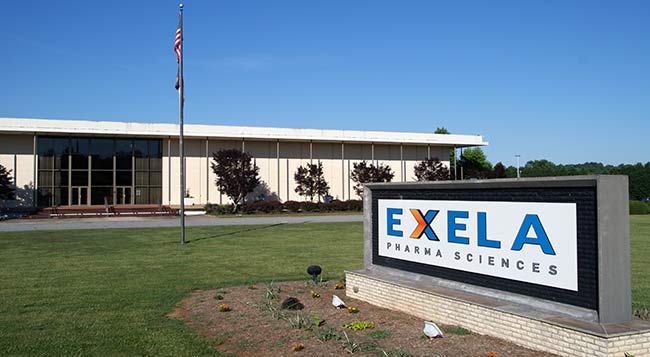 Lenoir is a small town in the rural foothills, away from the state’s renowned technology hubs. But it's home to Exela Pharma Sciences, a fast-growing manufacturer of generic sterile injectable medications backed by venture capital, government grants and loans, investments by family and friends and personal funds of founder Phanesh Koneru. In its first decade it has grown to 320 employees, and it’s hiring more.
Read story