This event is now sold out. 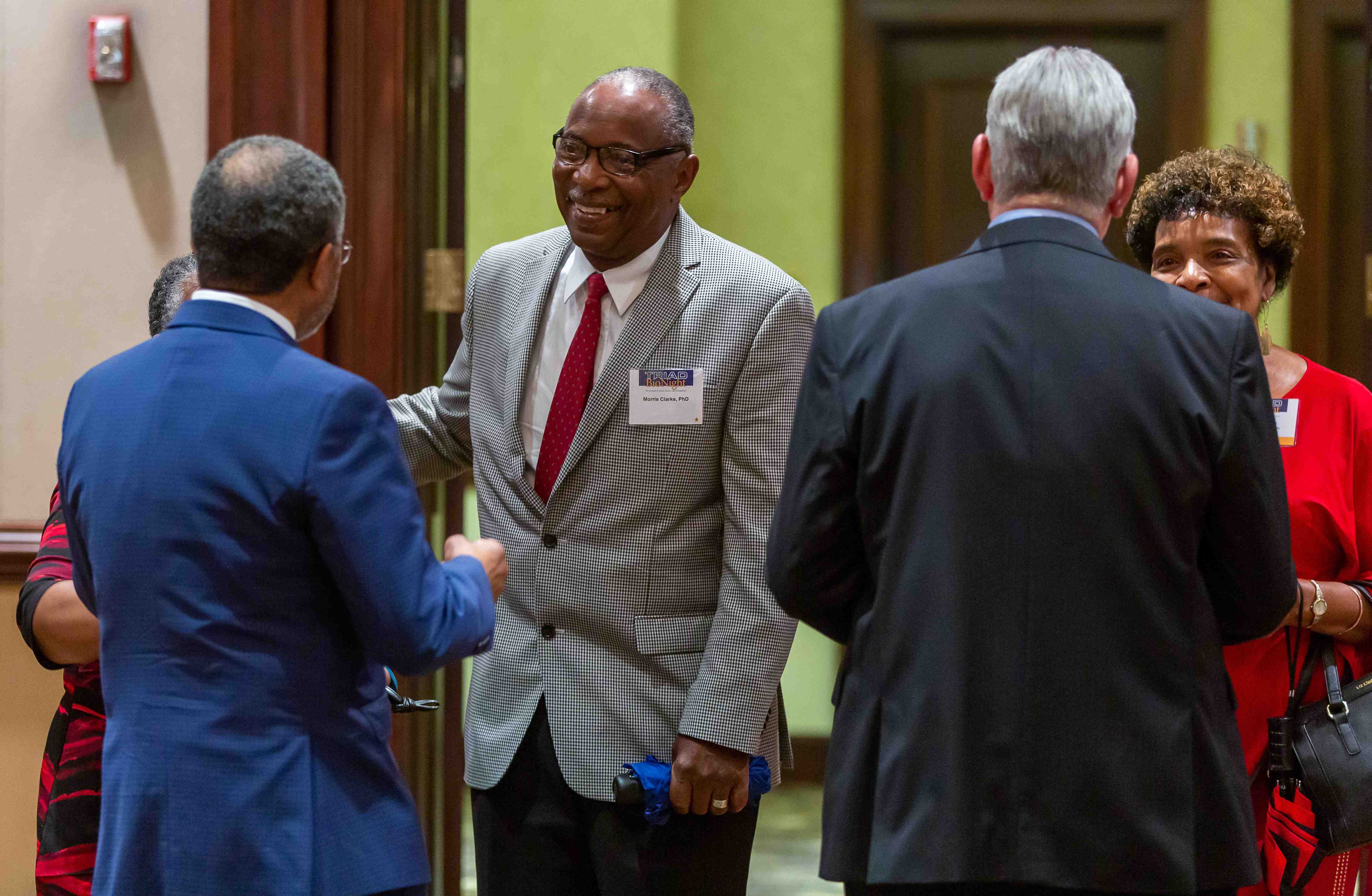 Triad BioNight, an evening of spirit, awards, and recognition, is held every few years in the Piedmont Triad. Triad BioNight attracts several hundred leaders from academia, industry, and government from the Piedmont Triad and across the state and features awards to celebrate biotechnology leadership in the region.

The Piedmont Triad Excellence Awards remain the primary catalyst for this evening of recognition. The 2022 Piedmont Triad regional winners nominated in the five categories (shown below) will be announced for the first time at Triad BioNight. Awarded to an individual or organization for excellent accomplishments in R&D. Excellence can be exemplified by elements of R&D capacity investment, external funding, significant knowledge/technology advances, and peer or external recognition.

Awarded to an individual or organization for successful endeavors in commercial enterprise development. Excellence can be exemplified by enterprise innovation, business acumen, high growth, community commitment, and being a role model for enterprises.

Awarded to an individual or organization for excellent contributions to educational program development or enhancement of workforce skill development. Excellence can be exemplified by successful outcomes such as program enrollment, graduation rates, academic institutional recognition, and sector leadership.

Awarded to an individual or organization consistently providing outstanding support or service leadership to the biotechnology community.

*We reserve the right to place a nominee in a different category if warranted.

The program is listed below.  Additional details coming soon. The NCBiotech Piedmont Triad Office will host this event along with the Piedmont Triad's Advisory Committee for Biotechnology. This community volunteer-led event continues to attract strong sponsorships and high-level keynote speakers. Known worldwide as a groundbreaking and leading-edge expert in the field of tissue engineering, Dr. Anthony Atala is a practicing surgeon and researcher. He is the G. Link Professor and Director of the Wake Forest Institute for Regenerative Medicine, and the W. Boyce Professor and Chair of the Department of Urology at Wake Forest University School of Medicine.

He holds international acclaim as a pioneer in the clinical translation of regenerative medicine technologies, focusing on growing human cells, tissues, and organs. The team of scientists he leads created the world’s first functional lab-engineered organs that were successfully implanted into patients; additionally, 15 applications of technologies developed in Dr. Atala’s lab – which include urethras, muscle, skin, cartilage, kidney, and vaginas –  have been used clinically in human patients.

He and his team have pioneered techniques for the engineering of biomaterials, both for producing complex tissues, and for harnessing the regeneration of internal organs. Dr. Atala has made seminal contributions in the isolation of cells for regeneration, including the discovery of an amniotic fluid and placental derived stem cell capable of forming all germ layers, while circumventing key issues associated with embryonic and adult stem cells.

Dr. Atala was elected to the Institute of Medicine of the National Academies of Sciences (now the National Academy of Medicine), to the National Academy of Inventors as a Charter Fellow, and to the American Institute for Medical and Biological Engineering. Dr. Atala is a recipient of the US Congress funded Christopher Columbus Foundation Award, bestowed on a living American who is currently working on a discovery that will significantly affect society; the World Technology Award in Health and Medicine, for achieving significant and lasting progress; the Edison Science/Medical Award; the Fast Company World Changing Ideas Award; the R&D Innovator of the Year Award; and the Smithsonian Ingenuity Award.

Dr. Atala’s work was listed twice as Time Magazine’s top 10 medical breakthroughs of the year and as one of 5 discoveries that will change the future of organ transplants and was ranked in 2019 by the Project Management Institute as one of the top 10 most impactful biotech projects from the past 50 years. Dr. Atala was named by Scientific American as one of the world’s most influential people in biotechnology; by U.S. News & World Report as one of 14 Pioneers of Medical Progress in the 21st Century; by Life Sciences Intellectual Property Review as one of 50 key influencers in the life sciences intellectual property arena, and by Nature Biotechnology as one of the top 10 translational researchers in the world.

Dr. Atala works with several journals and serves in various roles, including Editor-in-Chief of: Stem Cells Translational Medicine; Therapeutic Advances in Urology; and BioPrinting. He is the editor of 25 books, has published more than 800 journal articles, and has applied for or received over 250 national and international patents. Cost
$90
Register
scroll back to top of page