The U.S. Food and Drug Administration has approved for sale Baytril Soft Chewable Tablets, the third pet medicine OK’d for Bayer based on the soft-chew platform invented by Piedmont.

Baytril chewables are a new option for giving the antibiotic enrofloxacin to cats and dogs. In its tablet form, the medicine has been used widely to treat a broad spectrum of bacteria that cause skin, urinary, respiratory and other infections.

Piedmont’s soft-chew platform uses meat-free cubes made without water, heat or an extrusion process so they can be stably infused with active pharmaceutical ingredients. The technology can be used to deliver a wide variety of medications to cats or dogs.

To pets, the flavored chunks can be a delicious treat. To veterinarians and pet owners, they can be a welcomed alternative to pushing hard pills down animals’ throats.

In addition to Baytril, Bayer uses Piedmont’s chewables platform for Advantus, its oral flea medicine for dogs, and Quellin, its pain reliever and anti-inflammatory for dogs.

All four of the products have been approved by the FDA within the last five years.

Although the chewables partnership with Bayer has been its biggest product success to date, Piedmont has a deep development pipeline of products, mostly for companion animals. The company projects it will gain FDA approval for 10 or more products in the next five years.

“I fully expect that Piedmont’s current portfolio of proprietary drugs will significantly grow and disrupt the indication areas we are targeting,” said Roland Johnson, the company’s founder and chief executive officer. “This (Baytril) approval is yet another stepping stone toward that objective.”

In 2003, when Piedmont was a young startup company, the North Carolina Biotechnology Center provided it $150,000 in loan funding that Johnson said was critical to the company’s survival.

Piedmont went on to raise $9.5 million in financing from angel investors and an Australian venture capital company and repaid the Biotech Center loan with interest.

Last year Piedmont gained an undisclosed amount of strategic equity financing from the life sciences division of Sumitomo Corp., a Fortune 500 company based in Tokyo. The two companies also agreed to expand an existing technology collaboration agreement to include Asia and certain other countries beyond Japan.

Piedmont, which has about two dozen employees, said its senior executives had worked on 19 FDA-approved products for companion animals during their careers at Piedmont and other companies.

NCBiotech published an extensive profile of Piedmont in 2017. After considering other cities and states, global ag giant Syngenta has decided to keep its North American Crop Protection headquarters in Greensboro, where it will invest $68 million to renovate aging labs and build a new office building to support its 650 employees and 100 contract workers.
Read story 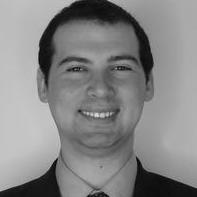