Seventy years ago, visionary farmers seized an opportunity to transform the North Carolina landscape along the Atlantic coastline.

They drained the land and cleared the trees of a sprawling cypress swamp. As a result, the land became home to some of the most productive agricultural soil in the country. The Blacklands of Northeastern North Carolina cover an eight-county region where family-owned farms are still growing crops of corn, soybeans and wheat.

Farmers in the Blacklands greatly prospered from the innovative thinking that altered the area’s terrain. As I look at agriculture and more specifically, agricultural technology, in all 27 counties that comprise eastern North Carolina, I recognize that innovation is a driving force for success.

J.P. Davenport and Son grows tobacco, cotton, peanuts, corn, wheat and soybeans across 4,400 acres in Pitt County. They also run a very successful seed conditioning and processing business. The technology they use to remove unwanted material from seed (e.g., leaves, weeds, insects, etc.) and to improve its quality for high-yield crops did not exist when the family farm was started in 1882. Now, it is an integral part of their farm’s continued success as well as the success of countless other farms that buy and use their seed. Their soybean seed is available across the country and their wheat seed is sold throughout the Carolinas and Virginia.

Not too far away from J.P. Davenport Farms’ seed conditioning and processing facility is another successful ag tech company, Yamco. Three sweet potato growers, who accounted for about half of the state’s sweet potato production at the time, founded the food science company in 2004 in the community of Snow Hill.

Yamco uses a continuous-flow microwave technology to produce fruit and vegetable purees that are used in a variety of products including pies, muffins, baby food and more. Other heating technologies, aiming to heat the center of a sweet potato, would overcook other sections and thus, lead to waste. Yamco’s technology, which was developed in the College of Agriculture’s Department of Food, Bioprocessing and Nutrition Services at North Carolina State University, heats fruits and vegetables more quickly and uniformly. Although they originally focused on sweet potatoes, they have since expanded their product line to include purees of cauliflower, carrot, butternut squash, pumpkin, beets and blueberry. Their purees can be stored without refrigeration and contain the nutrients, color and even aroma of fresh produce.

Speaking of aroma, clary sage is a crop with a very distinct smell that grows well in eastern North Carolina. Avoca, a bioprocessing company in Bertie County, harvests the plant and converts sclareol, a wax that the plant excretes, into sclareolide. While the scent of blooming clary sage is not the most pleasant of smells for most people, it is, ironically, sclareolide that is used as a fixative in perfumes and laundry detergents to help them maintain their fresh scents. Avoca employs over 100 people.

One of the region’s newest success stories in ag tech innovation is Power Resource Group in Farmville. The company collects poultry waste from dozens of farms across the region and converts the waste at its $32 million plant into electricity that it then sells to the state’s utilities. In addition, steam created by the conversion process is turned into water and sent to an agricultural processing facility next door. Natural Blend Vegetable Dehydration uses the water to blanch vegetables and sterilize produce.

There is a tremendous amount of activity with the state’s Industrial Hemp Pilot Program and the emerging cannabidiol (CBD) industry. With a couple of up-and-coming ag tech companies developing opportunities with this nontraditional crop, time will tell how much this newly legal agricultural commodity will contribute to eastern North Carolina’s economy. 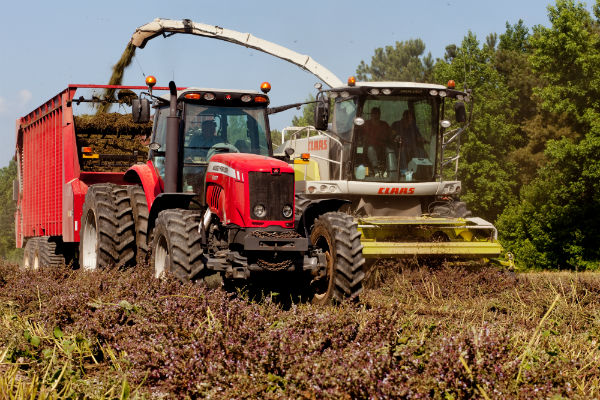