The company, which discovers, develops and commercializes oral antiviral therapeutics, recently filed plans to raise up to $85 million through an initial public offering of stock. To date, the company has spent roughly $123 million on research and development for its product candidates. Additionally, Chimerix has been steadily expanding its Durham headquarters since its relocation from San Diego in 2005 and the company doesn’t show any signs of slowing down.

This week, Chimerix announced that the U.S. Food and Drug Administration had granted Fast Track designation for CMX001 for the prevention of cytomegalovirus (CMV) infection.

The FDA’s Fast Track program is designed to facilitate drug development and expedite the review process for new drugs that are intended to treat serious or life-threatening conditions. A key component to drugs being assigned the designation is that they demonstrate the potential to address unmet medical needs.

CMX001 has completed Phase 2 clinical development for the prevention of CMV infection in adult hematopoietic stem cell transplant (HSCT) recipients.  The company is preparing to initiate its Phase 3 study in 2013.  Chimerix previously received Fast Track designation for its CMX001 development programs for the preemptive treatment of adenoviral disease in patients post HSCT and for the treatment of smallpox.

The company plans to use funding generated from the IPO for further research and development and general operating expenses. $45 million is expected to be used for Phase 3 trials of CMX001.

The FDA Fast Track designation is the latest success for the fast-rising company.

Last summer, Chimerix inked a deal with Merck that could prove to be worth more than $168.5 million.

The agreement gave Merck exclusive global rights to develop and commercialize the Chimerix anti-viral therapies, which has the potential to treat HIV. The deal gave Chimerix $17.5 million in funding, with access to more than $150 million in milestone payments as well as royalties on future sales of the therapy, known as CX157.

The company raised more than $100 million even before the Merck deal, including $45 million in Series F financing in 2011, demonstrating that even without a product on the market, investors believed in the company’s therapeutic potential.

The company has also been successful in seeking government grants. These grants include a $24.8 million base grant in 2011 from the U.S. Department of Health and Human Services' Biomedical Advanced Research and Development Authority to develop its smallpox therapy, with potential to expand to $81.1 million. In 2003, Chimerix got $36 million from the National Institutes of Health for the smallpox work.

Additionally, Chimerix was chosen one of the 25 top North Carolina “Companies to Watch” in 2011 by CED, and one of eight companies that accompanied North Carolina Biotechnology Center officials to meet with Boston venture capital investors in May 2012.

Also this week, Chimerix announced that Michael D. Rogers, Ph.D., has joined the company as chief development officer. Rogers will oversee chemistry, manufacturing, toxicology and project management of the advancement of compounds from the company’s chemical library.

Rogers previously held the same position at Pharmasset, a company which pioneered the use of nucleotide analogs for the treatments of the Hepatitis C virus. Prior to his time at Pharmasset, Rogers held several positions, including vice president of the division of viral diseases, in antiviral discovery and development at GlaxoSmithKline.

"We are extremely pleased to have Mike join our management team,” said Kenneth I. Moch, president and CEO of Chimerix. “His proven track record and extensive experience designing and leading successful antiviral development programs will be of significant benefit as we advance our lead compound, CMX001, into Phase 3 clinical testing.”

Learn more about what biotechnology is doing for N.C. 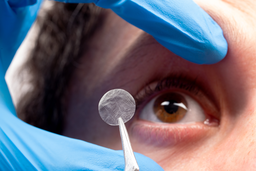